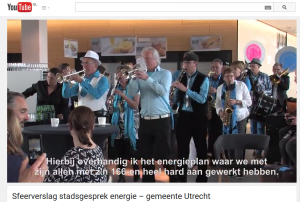 “Hereby I hand over the energy plan we worked so hard on with 166 participants.”
Atmospheric description of the city talks on energy – council of Utrecht (Youtube)

The council of Utrecht decided to compete for the Eurocities Award 2015 for an ‘outstanding achievement’ in the field of citizen participation with the project ‘City talks on sustainable energy: the silent majority speaks’. The project was supported bij Ecofys (costs: 75.000 euro), belonging to Eneco Holding, a big supplier of energy, and took place in March and April 2015.

Ten thousand citizens got an invitation to join discussions on sustainable energy, to be held on three Saturdays (18 hours in total) and rewarded with a fee of 600 euros. About 900 citizens subscribed, 165 of whom were selected by lottery. The total costs of the project amounted to 437.865 euro.

According to alderman of the city of Utrecht Lot van Hooijdonk, the idea to select the participants by lottery was inspired by the Belgian author David Reybrouck’ s book Tegen verkiezingen (‘against elections’).

Reybrouck critizises the political system because it is dominated by a tiny, highly educated elite. Appointing representatives by lottery would be more democratic, as it would yield equal chances for the powerful position of for instance the membership of the city council.

Their was a lot of criticism on the project. For instance: being selected to join a discussion is not the same as being appointed for a powerful position. The power remains in the hands of the political elite. In case the discussion leads to conclusions that are not acceptable for the elite, they will easily be rejected. In other words, the city talks are a misleading application of Reybrouck’s idea.

Many criticisms refer to the fee for joining the discussions (600/18= 33 euros per hour). The criticism is that such a fee attracts participants who join in for the fee and not for the sake of sustainable energy. Such participants will agree to any conclusions, as long as they get paid. That the subscription of 900 citizens counts as a success, as alderman Van Hooijdonk claims, is questionable.

One might wonder if alderman Lot van Hooijdonk’s choice for selection by lottery wasn’t in fact motivated by the wish to exclude the few well-informed citizens from the discussion, so as to impose the view of the council’s experts and those of allied companies on the participants, in order to make the silent majority express the view of the council’s experts without critical dissonances. 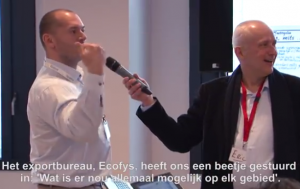 On might also wonder if the discussions were not meant as a kind of office party in order to encourage the citizen’s trust in the council or as a happening to create the illusion of influence. The reports of the discussions, written by ‘energy journalist’ Rolf de Vos (who happened not to be an independent journalist, but a senior consultant of Ecofys) and published on the council’s website and on Youtube, focus exclusively on the outstanding atmosphere during the talks. 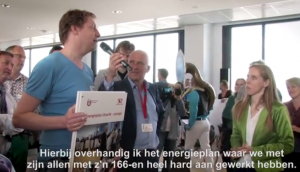 “Hereby I hand over the energy plan we worked so hard on with 166 participants.”

Finally, there was criticism on the energy plan resulting from the city talks. It contains mainly noncommittal intentions and the focus is on what citizens en companies should do to save energy. Not a word about the council’s ambitions to optimize accessibility of the city centre for cars, to expand asphalt and concrete at the cost of trees and green areas, to expand parking facilities close to the train station (located in the city centre), to stimulate the location of companies and office complexes in the inner city and to foster demolition and replacement of constructions built only 40 to 50 years ago. Obviously, the silent majority is not supposed to interfere with the council’s energy-intensive policy. 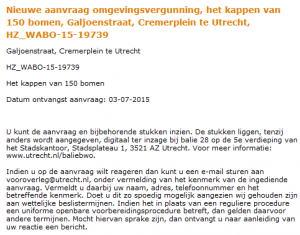 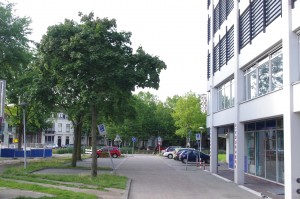 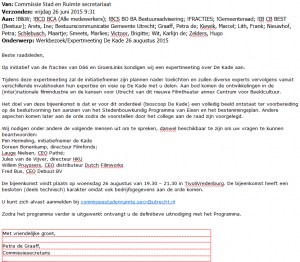 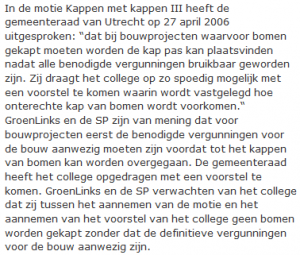 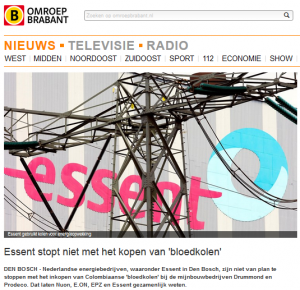